“I am pleased to announce today that the three major credit agencies - S&P, Moody’s and Fitch – have all upgraded the City of Atlanta’s credit. These upgrades reflect the commitment of my administration to restore the City of Atlanta’s finances and put us on a solid fiscal foundation moving forward,” said Mayor Reed. “Despite the economic challenges of the past, we have increased the city’s reserves, worked with the Atlanta City Council to pass sound, balanced budgets, and invested in public safety and young people.”

Each agency outlined initiatives undertaken by the Reed Administration which led to the Aa1 and AA+ general obligation ratings, including pension reform, increasing the City’s reserve funds and implementing strong fiscal controls and budgetary practices. Moody’s report stated: “The Aa1 rating also reflects the city’s large, diverse tax base that serves as a hub for trade and transportation in the southeast region and has improved following the recession.”

The three agencies also affirmed the city’s stable outlook. The outlook reflects the expectation the city’s financial position will remain healthy given a demonstrated commitment to fiscal stability and structural balance.

“These upgrades reflect the commitment and accomplishments that the City of Atlanta has achieved thanks to the vision and leadership of Mayor Reed,” said Chief Financial Officer Jim Beard. “Our city’s financial future looks bright, and the Department of Finance will work diligently to ensure that creditors continue to see Atlanta and its bonds as safe and secure investments.”

The City of Atlanta, under Mayor Reed’s leadership, has strengthened its financial position after experiencing the worst economic downturn since the Great Depression. The City has passed six consecutive balanced budgets, and cash reserves are up to more than $150 million, an important factor the rating agencies’ decision, and property taxes have not been raised for six straight years. 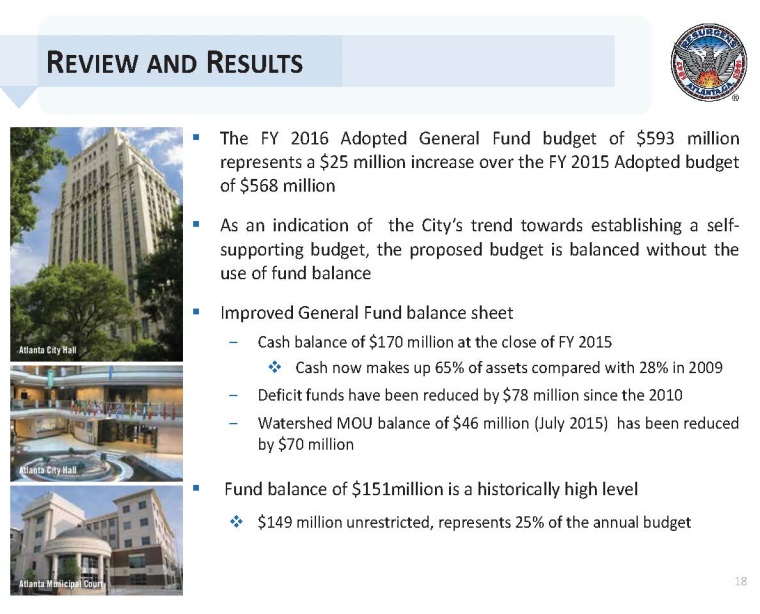 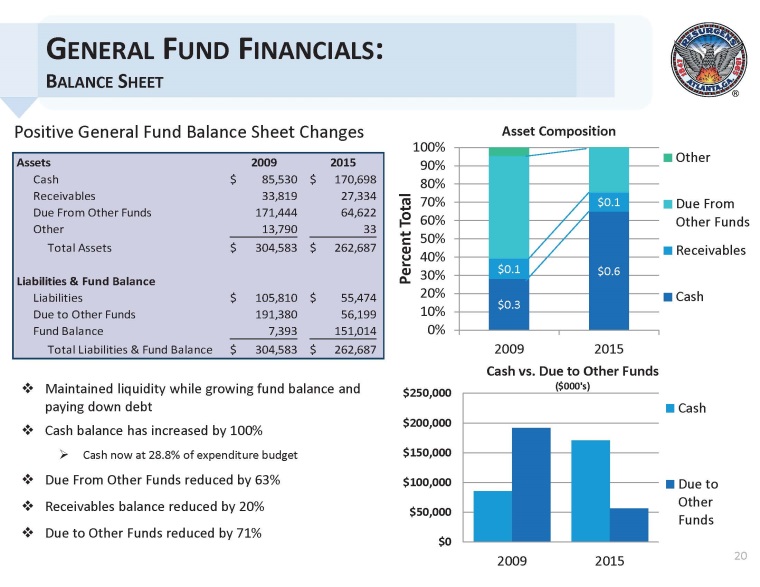 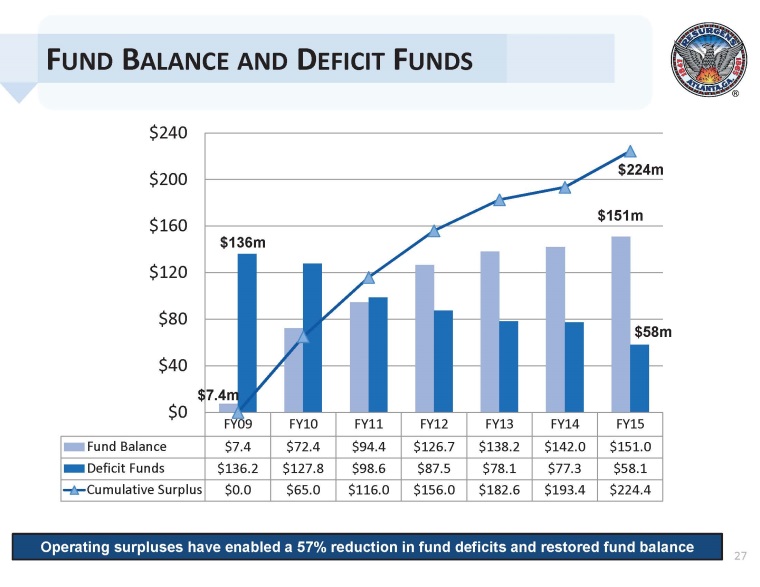