Ordinance changes penalty for possession of small quantities of marijuana

ATLANTA – The City of Atlanta today announced that Mayor Kasim Reed has signed ordinance 17-O-1152, which reduces the penalty for possession of one ounce of marijuana or less to a maximum of $75, and instructs the Atlanta Police Department to conduct training on the new penalty provision. The ordinance eliminates jail time as a penalty for a conviction of possession of one ounce or less under the City Code. Possession of any amount of marijuana is still illegal under state law, and penalties can include jail time.

“I am pleased to sign this ordinance, which eliminates jail time as a penalty for a conviction for possession of less than an ounce, into law. I also want to thank Councilmembers Keisha Lance Bottoms and Kwanza Hall for their work not only to pass this ordinance, but also to make sure our officers in the Atlanta Police Department receive the appropriate training,” said Mayor Reed. “People of color, young and low-income people are disproportionately jailed – with sentences up to six months – for possessing small amounts of marijuana. An average of 1,000 people are arrested each year in Atlanta for possession only. We needed to change that. I believe our public safety resources are better directed to stopping and preventing violent crime.”

The ordinance does not legalize or decriminalize possession of marijuana. It addresses the disparity in the punishment for possession. Research shows that white and black Americans use marijuana at similar levels, yet black Americans are arrested and charged at higher rates.

During Mayor Reed’s two terms in office, the Atlanta Police Department has been focused on reducing violent crime and getting violent criminals off the street. Crime has dropped by more than 35 percent since he took office. The City of Atlanta is a second chance employer, and removed questions related to prior convictions from employment applications in 2013. The Atlanta City Council formalized this policy in 2014 when it passed a ‘Ban the Box’ ordinance.

The City of Atlanta has also launched a pilot pre-arrest diversion program, which aims to direct people to social services rather than the criminal justice system, when the criminal activity is likely related to untreated mental illness, addiction and extreme poverty. The program launched with multiple agency partners earlier this year, including Fulton County. 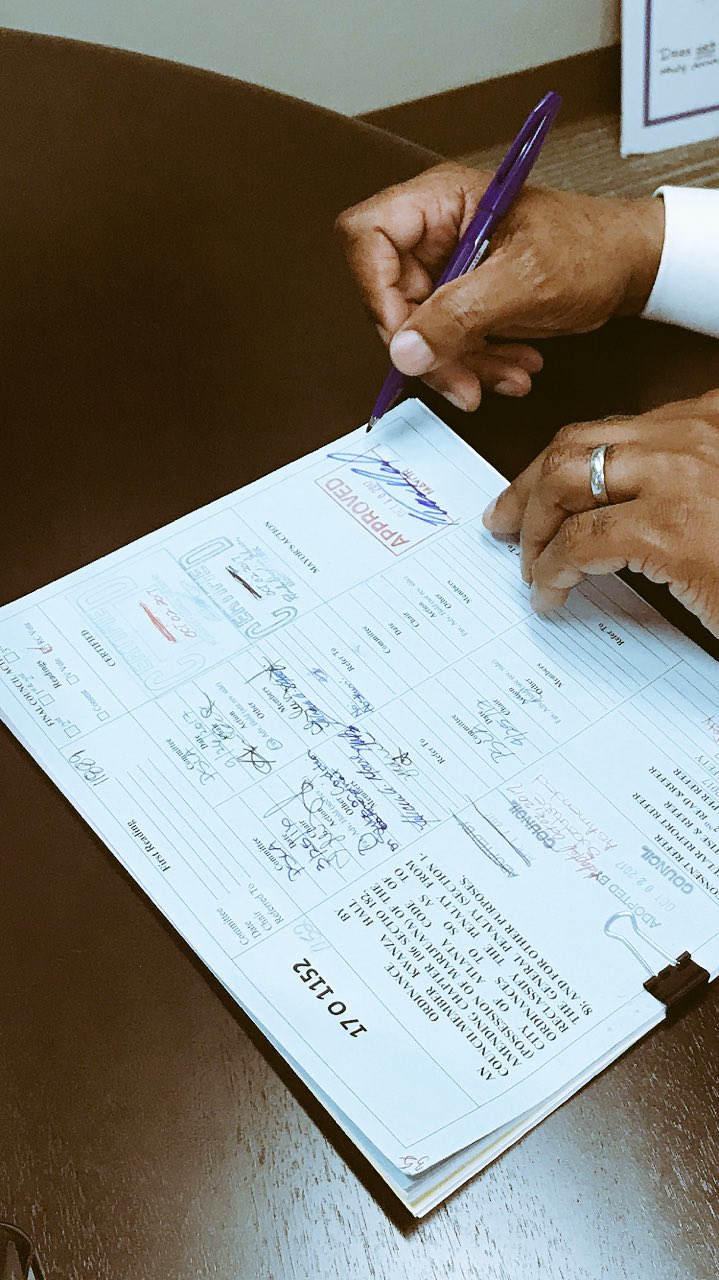