What: The Diagnostic categorized the recommendations into 1) those that could be completed in a relatively short period of time as “Quick Fixes,” or “Medium Fixes;” and 2) those that would require a comprehensive overhaul of the current Zoning Ordinance and would likely require a period of two to four years to complete.

The proposed recommendations seek to clarify and improve certain provisions of the Atlanta Zoning Ordinance and Subdivision Ordinance and provide consistency with the Atlanta City Design project; as well as update consistency with state and federal law, and advance the public health, safety and welfare of citizens. The recommendations topics were broken down into two Phases: Phase I - “Quick Fixes” and Phase II - “Medium Fixes.” 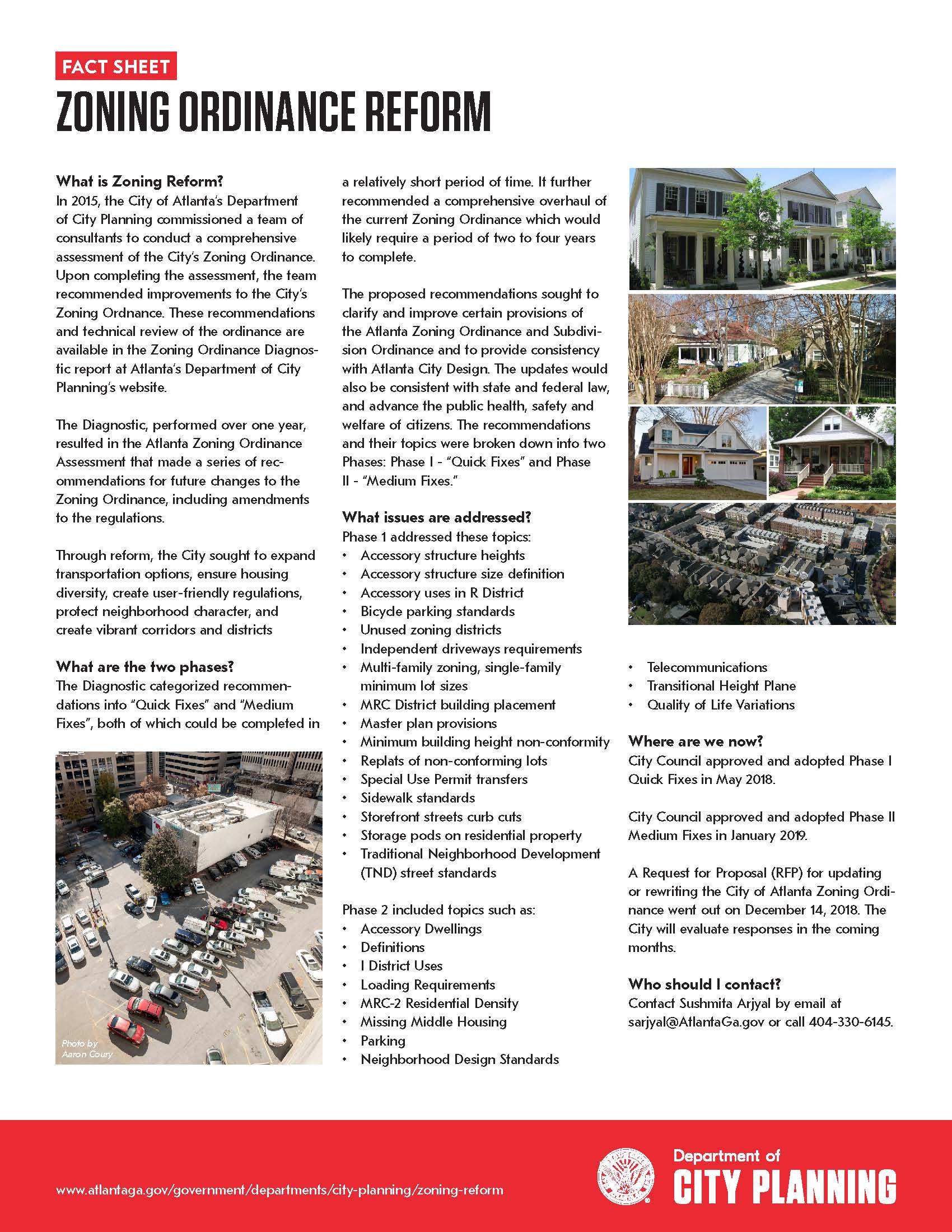 Click on the image to view our Zoning Reform Fact Sheet.

Where are we now?

Phase I - Quick Fix proposed amendments were adopted and approved in May of 2018.

Phase II: The Medium Fix proposed amendments were adopted and approved in January of 2019.

Zoning Ordinance Rewrite: A Request for Proposals (RFP) - FC-10449 - was posted on December 14, 2018 to solicit bids/proposals on a complete overhaul of our Zoning Ordinance.

For questions or comments:
Sushmita Arjyal
Urban Planner I
sarjyal@AtlantaGa.gov