The City of Atlanta Department of Corrections' mission is to provide a safe and secure correctional environment; enhance public safety through partnerships with the community and law enforcement. 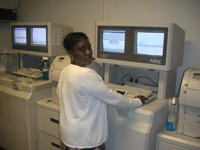 We will strive to uphold the public trust by being honest, competent, and consistent in our beliefs and actions. We will hold ourselves accountable to the highest standards of moral and ethical conduct. 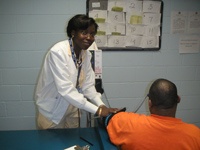 We strive to deliver “best in class” services and we promote and reward excellence as demonstrated by our employees. 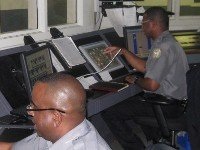 We believe that fiscal responsibility and the prudent stewardship of public assets is essential for public confidence in government. 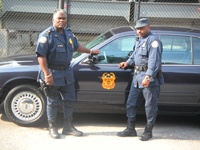 We value working as a team and we recognize that more can be accomplished working together than working individually.

The Department of Corrections has a number of outstanding employees. The Department prides itself on hiring candidates that receive the highest levels of training and meet strict background investigations, including 80 hours of mandatory training each year and continued Peace Officers Standards & Training (POST). However, the elite candidates are assigned to specialized units because of their special knowledge skills and abilities. During times of emergency, two units are formed: the Corrections VIPER Team and the Fire Safety & Inspections Team. 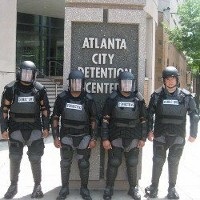 Revered as the department’s first responder for any life-threatening incident involving detainees. The VIPER Team member must face perils tasks. Team members consist of a special set of highly trained extremely motivated officers and supervisors, called to action at the hint of danger or emergency. VIPER members receive special training on numerous subjects ranging from negotiations, bomb search patterns, hand-to-hand defense tactics, non-lethal weaponry and crowd control. They use this special training and skills to resolve conflicts and protect department personnel as well as the general public.

Fire Safety Officers are given the responsibility of leaving their posts to respond to any hazardous or fire related incident of the department. Fire Safety Officers receive specialized training in fire inspections and how to respond to emergency situations within the Atlanta City Detention Center. These officers also receive training on the self-contained breathing apparatus, fire hose connections and fire extinguishers. These officers serve as the lead officer in any fire related emergency or evacuation of the facility. In addition to these duties, they act as instructors for the department during the annual fire safety and familiarization training.

Though a department with a critical and crucial function for the citizens of Atlanta, the Atlanta Department of Corrections (Department) finds its existence brief in comparison to other City agencies. The Department was formerly known as the Prison Department which managed the City of Atlanta’s 700 bed prison farm located within Northeast Atlanta on Key Road. Inmates at this facility, who served sentences for ordinance and traffic offenses, were routinely assigned to farming, livestock, cannery and dairy operation details. This enabled the detainees to benefit from vocational training and contribute to their sustenance.

In 1975, responsibility for the Atlanta jail and Grady Hospital Detention Center was transferred to the Prison Department from the Atlanta Police Department to promote professionalism of the City’s Correctional System. At the same time, the Prison Department was reorganized as the Bureau of Correctional Services within the Department of Human and Community Development, a reflection of the new emphasis placed on providing meaningful rehabilitative services to the highly recidivistic offender population. The Bureau was later realigned to coexist under the Department of Public Safety with the police, fire and emergency management agencies.

In 1981, the city replaced its obsolete, traditional, 136-bed jail on Decatur Street. The new facility (Annex) incorporated a new design in detention facility construction. The design was a second generation podular design with 300-beds located on Peachtree Street in the southern portion of the central business district. In 1987, the Annex was expanded by double-bunking a portion of the cells to attain a maximum capacity of 516 beds. The additional bed space was primarily necessary to accommodate the growth of incarcerated offenders related to the advent of illicit drug usage.

In 1990, the Department of Public Safety was abolished and corrections operations were again configured under a single Department of Corrections. In 1995, the city opened its current high-rise jail. This new facility, the Atlanta City Detention Center (ACDC), is a third generation jail that incorporates the progressive podular/direct supervision style of design and management. The Direct Supervision methodology allows more interaction between detainee and officer, lowering the number of inmate incidents. Originally providing 1,100 beds, its shell space was built-out two years later to house 1,300 inmates. The adjacent Annex remained in operation and in tandem with the ACDC, allowed the consolidation of pretrial and sentenced offenders in one complex. The 50-year old prison farm, though effective in the past, became too inefficient to manage the change in the detainee population and was consequently closed. During the construction of the ACDC, the city contracted to board 300 federal offenders per day over a 15-year period to generate external revenue which would help offset the debt service associated with the new jail.

In January, 2003, the City transferred responsibility for the detention of arrestees charged with state offenses to the Fulton and DeKalb county jails, essentially reducing the scope of city correctional services by approximately one-third. The Annex, no longer necessary for detention operations, was leased to a non-profit organization to service a segment of the homeless population. The Department continues to evaluate and revamp itself to address changing detainee demographics, technology advances and programs that assist with the reintegration of detainees to the community.