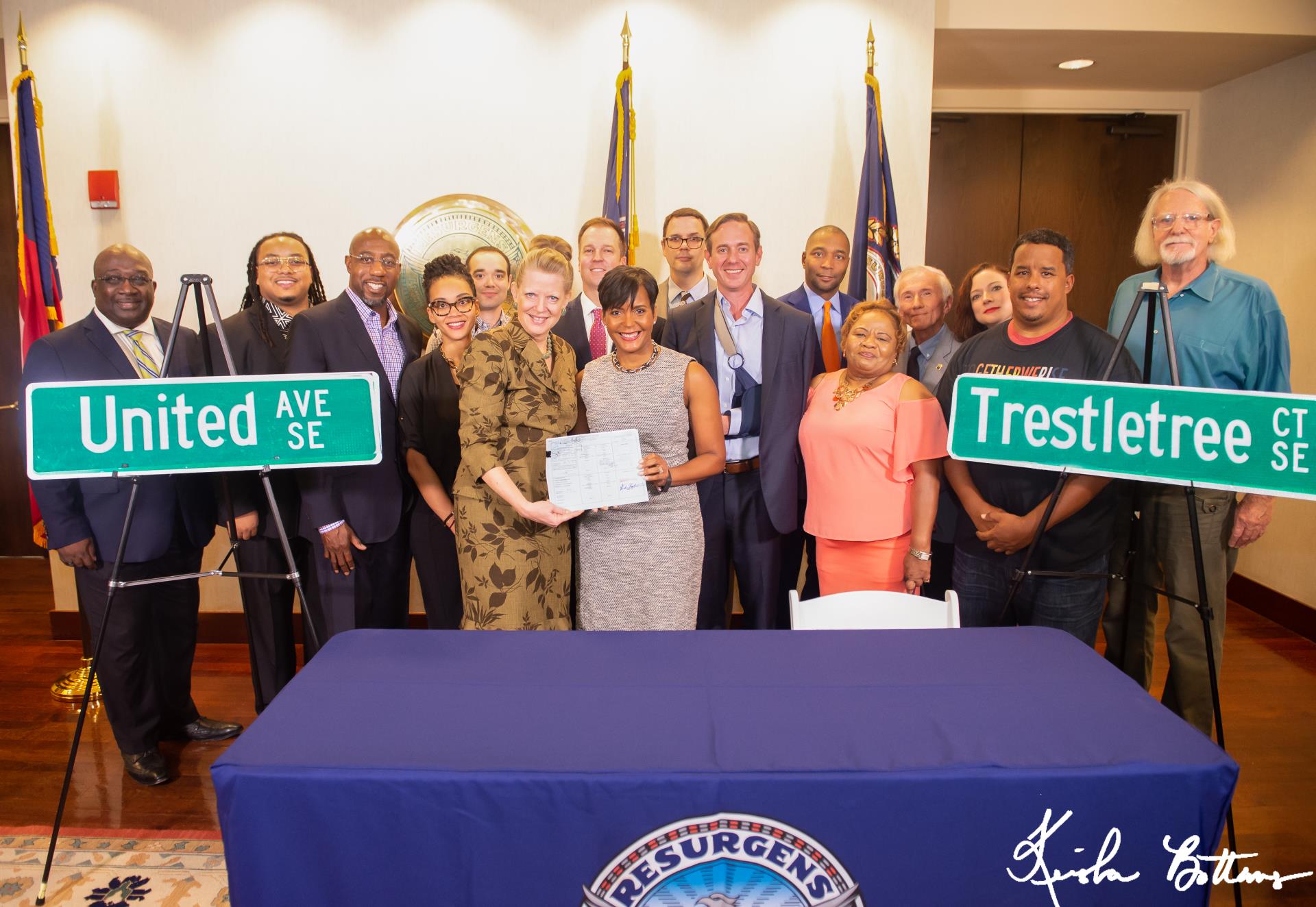 The Confederate Monuments Advisory Committee was created by legislation in the wake of the tragic events in Charlottesville, Virginia in August of 2017. The City of Atlanta charged the Committee with developing recommendations for moving forward with city-owned Confederate-related monuments and street names.

The committee’s recommendations encompassed a range of ideas, including specific actions with respect to particular streets or monuments, opportunities for expanding the historical conversation by adding new monuments to communities or populations that have not previously been commemorated, and general principles for evaluating and addressing related street names or monuments in the future.

Members of the committee include:

Resolution that created the Advisory Committee

The committee welcomes input from the public as it continues to advise on this important issue.  Written input may be submitted at streetsandmonuments@atlantaga.gov.