On November 8, 2016, City of Atlanta citizens voted in favor of a special purpose local option sales tax for transportation – a T-SPLOST – for four-tenths of a penny or an additional 4 cents on a $10 purchase. This T-SPLOST will generate approximately $300 million over a five-year period to fund significant and expansive transportation projects citywide.

The two referenda will implement high priority projects from the Connect Atlanta Plan, the City’s comprehensive transportation plan, the Atlanta Streetcar System Plan, and Concept3, the Atlanta region’s transit plan, and more than a dozen neighborhood and community plans that have been adopted in the last six years, and features projects in nearly all of the city’s commercial districts, including:

In addition, the projects include high priority sidewalk and bikeway projects connecting our neighborhoods to 80 Atlanta Public Schools and all of Atlanta’s rail stations.

Following the completion of the voter-approved referenda, 94 percent of all Atlanta residents and 98 percent of the city’s jobs will be within a half-mile of a T-SPLOST, MARTA or Renew Atlanta transportation or infrastructure project.

Visit this page to see the Connect Atlanta plan and learn more about this planning effort.

For a fact sheet on the T-SPLOST click here.

The City of Atlanta has prepared two maps to demonstrate the geography and impact of the T-SPLOST and MARTA referendum projects. 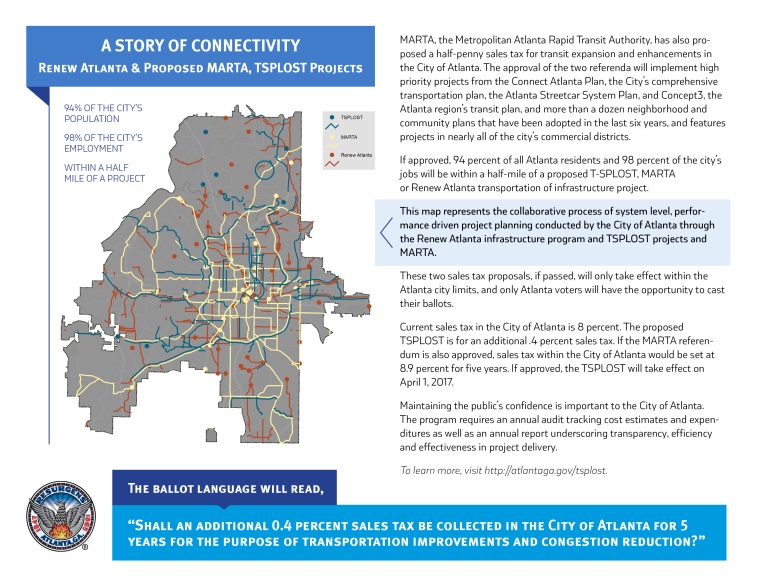 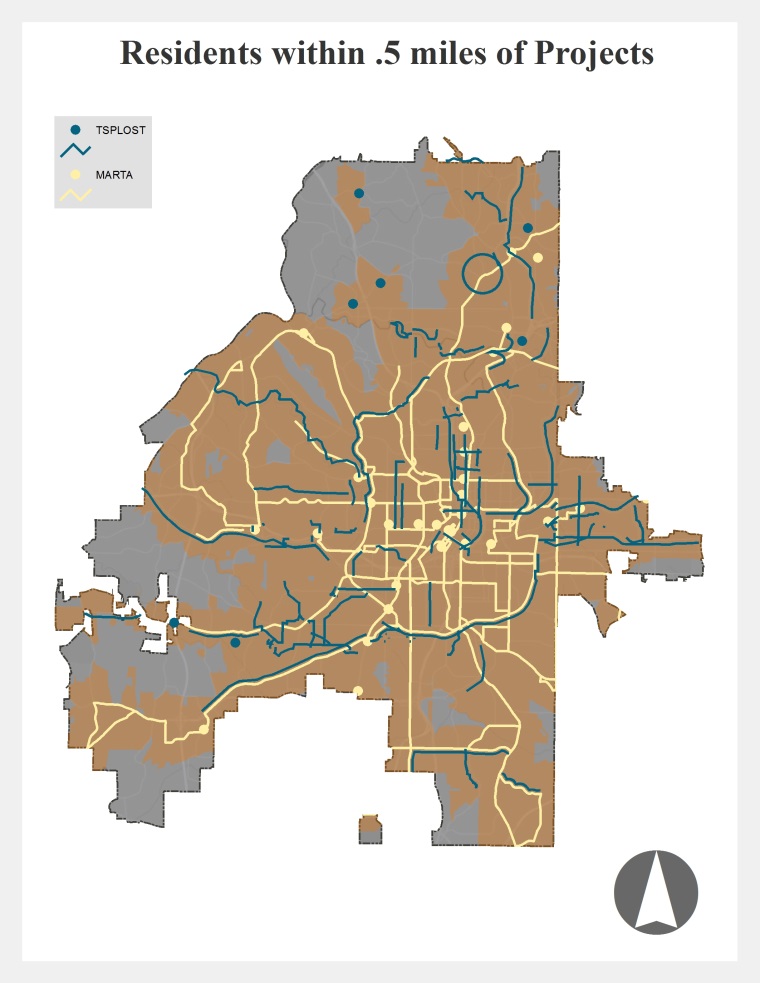 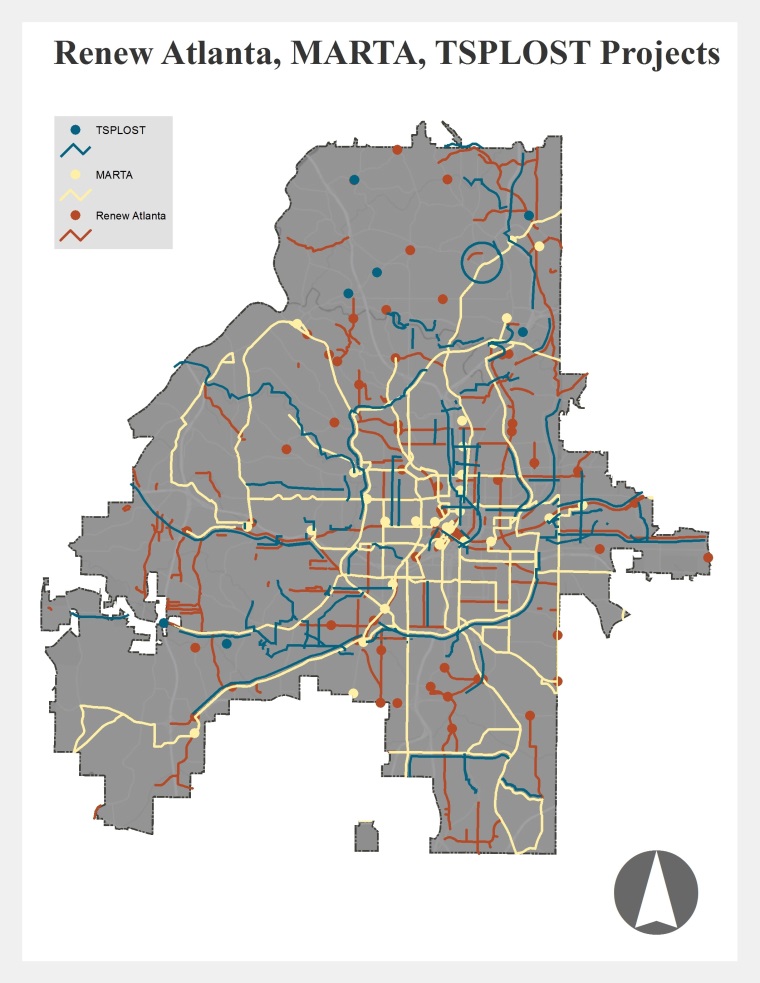 In March 2016, more than eight in ten Atlanta voters approved two referenda authorizing the City to borrow up to $250 million in bonds to tackle the city’s infrastructure backlog without raising property taxes. The Renew Atlanta program focuses on repairs and upgrades to streets and sidewalks, citywide traffic signal optimization and construction of more than 30 miles of complete streets. The second major component of the Renew Atlanta program involves upgrades and urgent repairs to public facilities and the construction of the new Martin Luther King, Jr. Aquatic and Recreational Facility in the Historic Old Fourth Ward. The Renew Atlanta program has a complementary but different focus than the City’s T-SPLOST proposal. For more information about Renew Atlanta visit www.renewatlantabond.com.

State law also requires that the City publish a simple, nontechnical report in a general circulation newspaper each year. This report must show original cost estimates, current cost estimates, current year expenditures and prior years expenditures. If any project is underfunded or behind schedule, the City must include a statement of corrective action for that project in the report. The report must also include a report of any surplus funds.

These two sales tax proposals will only take effect within the Atlanta city limits, and only Atlanta voters will have the opportunity to cast their ballots. Fulton County will pursue separate T-SPLOST proposals that will only apply outside city limits; DeKalb County is not currently pursuing a separate T-SPLOST proposal but may do so in the future.

Free viewers are required for some of the attached documents.
They can be downloaded by clicking on the icons below.